I'm not ready to say goodbye, really. Time flies so fast! I haven't hit my twenties yet and it feels like every year goes by even faster than the one before! October was a great month for my knitting. I didn't knit much this summer, which I think left me nice and refreshed for a new fall knitting season. :)

I finally wove in the ends to a sweater I knit back in March. It's my first "real" sweater, pullover, long-sleeved. I'm super proud of it and I can't wait to wear it all winter. It's still a bit warm for a worsted-weight sweater. 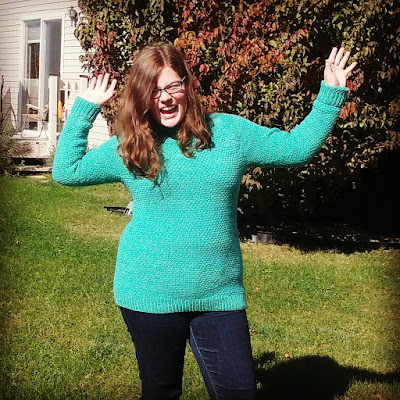 Next up, I finally finished a hat for my sister. I knit one just like it for the Gift-A-Long 2014, and she modeled it for me. I told her I would make one for her. It's only taken two years... 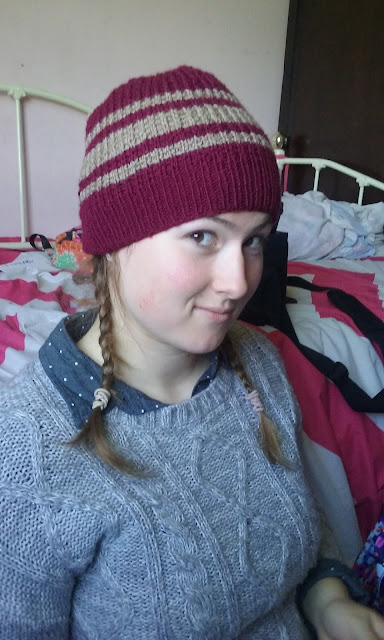 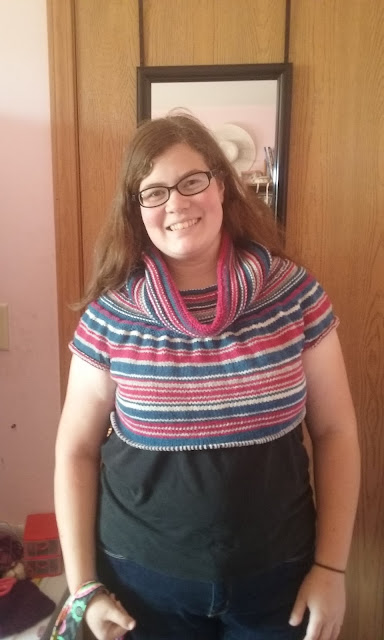 Part of me isn't ready for it to be October. But, mostly, I'm excited. Especially because this year October means a postseason for the Chicago Cubs!! I'm not really a sports person, except when it comes to the Cubs. I've been a fan my whole (albeit, short) life. I grew up listening to Pat Hughes and Ron Santo on the radio all summer long. My parents took me and my siblings to games at Wrigley Field every once in a while. I was so thrilled last year when we got to the postseason, and since I'm a fairly optimistic person, I was hoping for a World Series title. It didn't happen, obviously, but watch out world...this is the year!!!

And what does all this have to do with knitting? Early this year, I decided to make a Cubs sweater. I had loved the idea of the Crackerjack pattern since I first saw it. But I thought, what if I brought that concept to a sweater? I picked out a pattern I've had in my queue for a few years, Madigan. In March, I bought some Quince and Co. Lark in Cubs-inspired colors. I was planning on casting on on opening day, but I didn't start it until late August. But I've been keeping track of all the home/away wins/losses since the beginning of the season. I'm almost to September at this point. Here's a shot from the other day that I posted on Instagram... 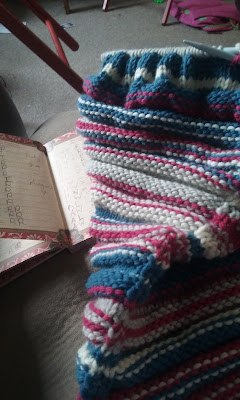 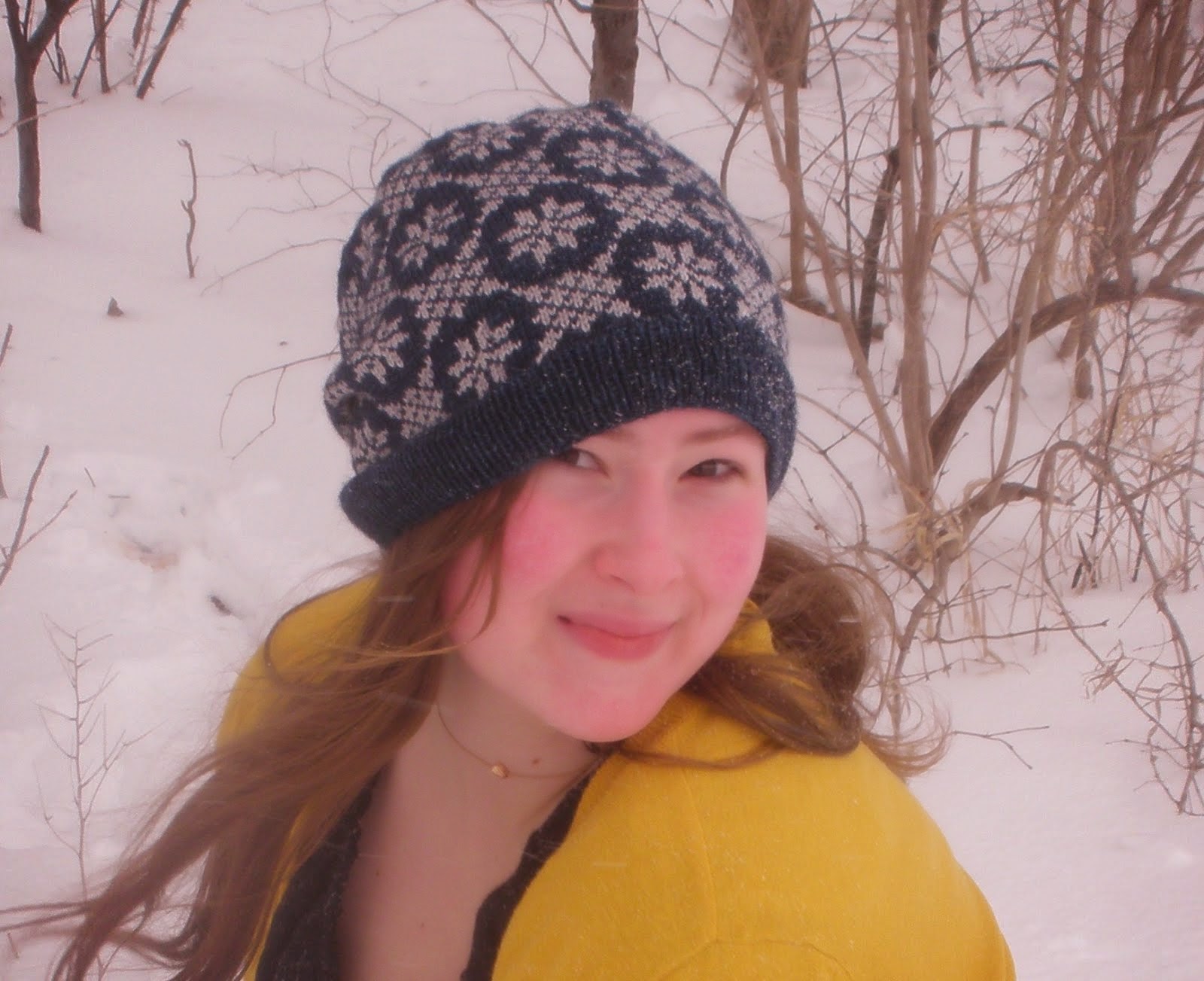